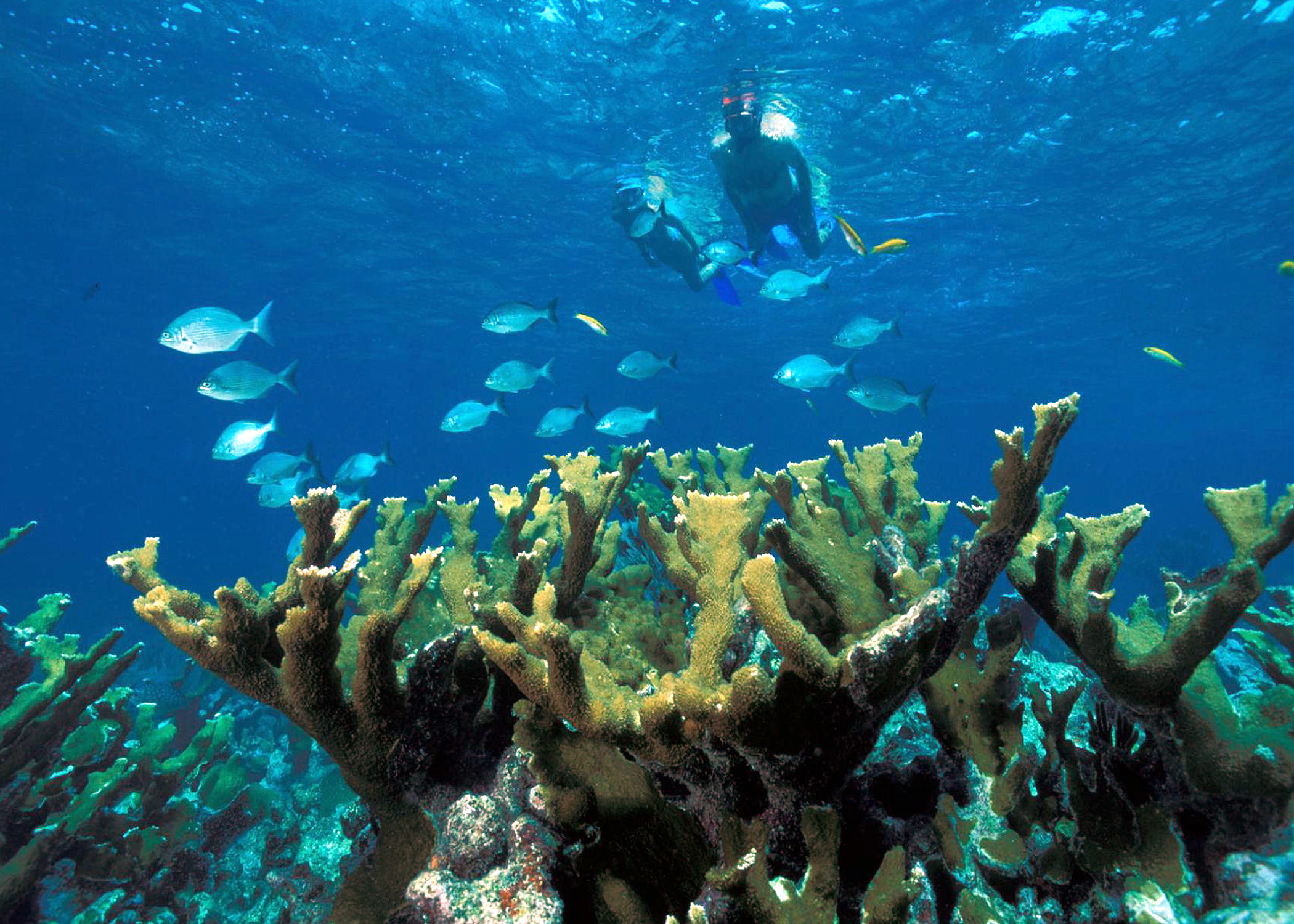 Under the clear blue sea, bustling communities of ocean creatures live together in brightly colored, wildly stacked structures called coral reefs. These silent underwater cities are home to 4,000 different species of fish and thousands of plants and animals.

Although its often mistaken for rock because of its stony texture, coral is actually made up of tiny clear animals called coral polyps. Millions stick together in colonies and form a hard outer shell. The colonies eventually grow together, creating large reefs. When coral die, their skeletons are left behind, and new coral build on top. It can take hundreds of years for coral to form the structures which are visible today.

Corals are in danger. More than a quarter of the world’s reefs have already been destroyed by pollution and careless human behavior. Destruction of the coral reefs (some of which are 2½ million years old) have a very serious impact on our oceans. Though coral reefs take up less than 1% of the ocean floor, the are home to 25% of all underwater species. Wiping them out would put thousands of creatures at risk of extinction.

Corals may look and feel tough, but the are actual quite fragile. Simply touching corals to see what they feel like can cause the death of an entire colony. Oils from your skin can disturb the delicate mucous membranes which protect the animals from disease. If feeding coral is startled, it retracts for protection and in doing so is unable to feed.

Never walk upon or stand on coral, as this can kill the living coral polyps that are the builders of the reef structure. Take care to see that, particularly if wearing fins, you do not kick or disturb coral as you swim past it. Never stand on coral to adjust mask. Swim well and clear of the reef and search for a sandy or coral free shallow place to stand. This advice is both for the protection of the coral and for your own safety— Coral is very sharp, and can easily cut or scrape your skin if you bump into it while snorkeling, and the wounds are slow to heal.

READ  The Island of Oahu

See the section on Hazards in the Sea for a few things you should watch out for while snorkeling.