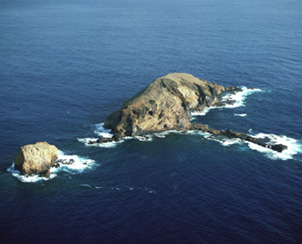 Molokai is known as the Friendly Isle of Hawaii.

The island of Molokai is approximately 260 square miles and has only 6,800 residents. The eastern side of the island is a tropical rainforest and receives an average of 240 inches of rain per year, and the amazing sea cliffs on Molokai’s north coast are the largest in the world.

From the earliest times, Molokai was feared and revered as a center for mysticism and sorcery. The mana (spirit) was considered to be the strongest there of all the Hawaiian islands.

Molokai’s Kalaupapa peninsula is the site of the Kalawao colony, which was started in about 1866 to contain Hawaii‘s victims of Leprosy. The isolated settlement was said to be like hell on earth until the arrival of Father Damien in 1873. Damien was a Catholic priest who treated the exiles with dignity and gave them hope. Today, Leprosy (now known as Hansen’s Disease) is treatable.

Molokai is very remote and has no high-rise buildings, no fast food chains and only one or two stop lights. Attractions on Molokai include the Kalaupapa National Historic Park (which can be accessed only by special permission), Halawa Valley Lookout, Molokai Museum & Cultural Center, Moa’ula Falls and R.W. Meyer Sugar Mill.