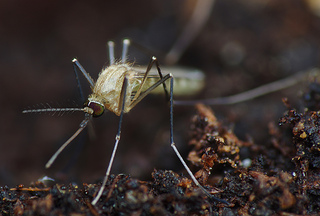 The Hawaiian Islands have less of a bug problem than most tropical locations because the islands are so remote. Poisonous Bugs can’t crawl to Hawaii, they have to fly or be transported there. It is thought that mosquitoes did not exist in the Hawaiian islands until 1827 when they apparently arrived by ship along with the sailors that traveled to the islands. (One of those unwanted gifts brought to Hawaii). Mosquitoes are most bothersome at dawn and dusk, so if you’ll be outside during those times and are prone to bites, as I am, be prepared. I’ve found the most effective mosquito repellants are essential oils — a blend of tea tree, lavender & lemongrass works for me.

One of the Poisonous spiders you might be “lucky” enough to spot the cane spider. Cane spiders look really scary, but fortunately cane spider bite are not particularly dangerous. There are some pesky spiders on Kauai that are venomous, however, so try to avoid them. These include the Asian spiny-backed spiders, that are usually building webs at lightning speed rather than stalking humans to bite (you’ll find their webs all around the island). However, a bite is painful and the area bitten will likely swell. 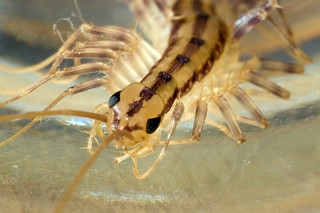 We’re not really sure when or how the centipede arrived, possibly with the Polynesians centuries ago, but there are some on the island. The good news is there are very few of them and you’ll probably never see one. (I never have.) They generally hang out on the underside of leaves or rocks in wet forest areas. The bad news is, these aren’t your ordinary centipedes. Some are huge, and their bite is poisonous. Reactions can range from slight pain and swelling, to severe pain and massive swelling of the entire affected limb, which can last for several days and require a hospital admission. Centipedes are mostly active at night, and occasionally they do venture indoors. So watch where you step, and if you do see a centipede, keep a safe distance.

Kauai has infamous red dirt. I have a pair of shoes that will forever have a faded reddish orange hue due the fact I went hiking up NaPali after a rain. Actually, it doesn’t have to be raining. Just get the stuff
on your clothes and you’ll have a permanent memento of your trip to Kauai. So plan to bring some old socks & sneakers (but with good tread) if you intend to hike. The makers of Red Dirt Shirts on Kauai say that they use only one bucket of Kaua’i mud to dye over five hundred shirts. It’s potent stuff