Hawaii’s state flag resembles the Union Jack of Great Britain because many of King Kamehameha’s advisors were British and the islands were once placed under England’s protection.

The flag consists of eight horizontal stripes, representing the eight major islands, and the British Union Jack. It has served as the flag of the kingdom, republic, territory, and the state of Hawaii.

The nene, or Hawaiian Goose, is the state bird of Hawaii.Once nearly extinct, it has been rescued through the valiant efforts of conservationists here in the islands and throughout the world. 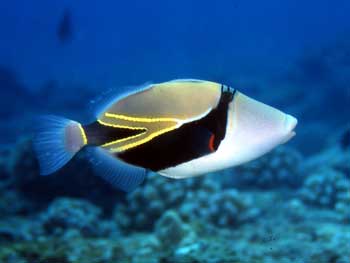 For a while, Hawaii had an official state fish. It was the Humuhumunukunukuapua’a (I’m not kidding!) Wondering how to say?  It is pronounced: hoomoo – hoomoo – nookoo – nookoo – ah – poo – ah – ah

Humuhumu means “to fit pieces together.” This probably refers to the habitat’s pretty blocks of colors which fit together like the pieces of a puzzle. Nukunuku-a-pua’a means “snout like a pig.” The fish makes strange grunting noises when taken out of the water. Therefore, hawaiian people thought its name meant “grunts like a pig.” 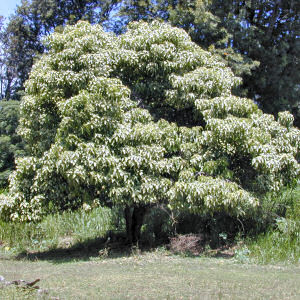 The kukui is the state tree of Hawaii.Also known as the candlenut, the kukui was a most useful tree to the early Hawaiians who used it for oil, light, and other purposes. 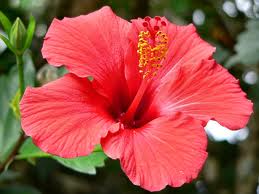 The beautiful yellow hibiscus (hibiscus brackenridgei), known as the pua aloalo in the Hawaiian language, is the state flower.

It is believed that there were originally only five species of hibiscus native to Hawaii. Later other varieties were imported and growers began to develop hybrids to produce the kaleidoscope of colors and sizes found today. 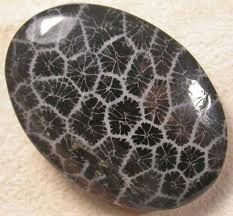 The black coral which grows in Hawaii’s offshore waters has been established as the official state gem. Since its discovery by early Hawaiian divers, harvesting of the spectacular corals has led to the establishment of a thriving black coral jewelry industry and enhanced visitor and resident appreciation of Hawaii’s ocean resources. 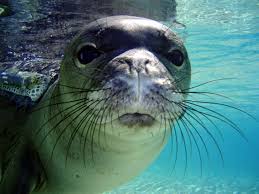 The Hawaiian monk seal is found only in the Hawaiian Islands, and is one of the most critically endangered seal species in the world. Intense conservation efforts by the National Marine Fisheries Service have helped to stabilize the population, but even so, fewer than 1,400 animals remain.

Hawaiian monk seals have been known to dive to depths of 1,667 feet or more, but most of their diving is probably much shallower. When hunting, they may stay underwater for 15 to 20 minutes or more. They feed on reef fish, octopus and lobsters.

Monk seals are not highly social animals and spend much of their time alone or spread out on available beaches. These seals may live 30 years, grow to lengths of 8 feet and attain weights of 400 to 600 pounds. The tiger shark is believed to be the primary predator of monk seals.

Monk seals will come ashore to avoid predators or after a large meal, and since they just lay there in the sun, people often mistake them as being sick. However, beaching is completely normal and you need to leave them alone. It is against the law to approach them, and you can be fined as much as $25,000 for disturbing them. You have to just admire them from afar. 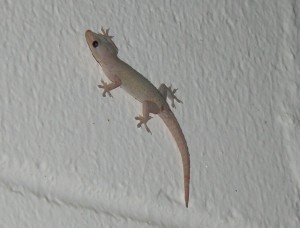 GeckoI heard from one lady that went to Kauai this summer who was all in a frenzy over these awful kauai lizards she kept seeing outside. When she spotted one inside, she tried to kill them with hairspray and other awful things.What she didn’t know was she was foolishly chasing out her good luck charm! Geckos are cute little lizard like guys with webbed feet, who make a surprisingly loud chirping sound at night.

In ancient Hawaii, Geckos were good luck. After building a new house, the residents would notenter the house and live there until a gecko had gone inside. Once a gecko had taken up residence in the house, the family would move in. In addition to being cute, they provide us all great service by eating mosquitoes and roaches.